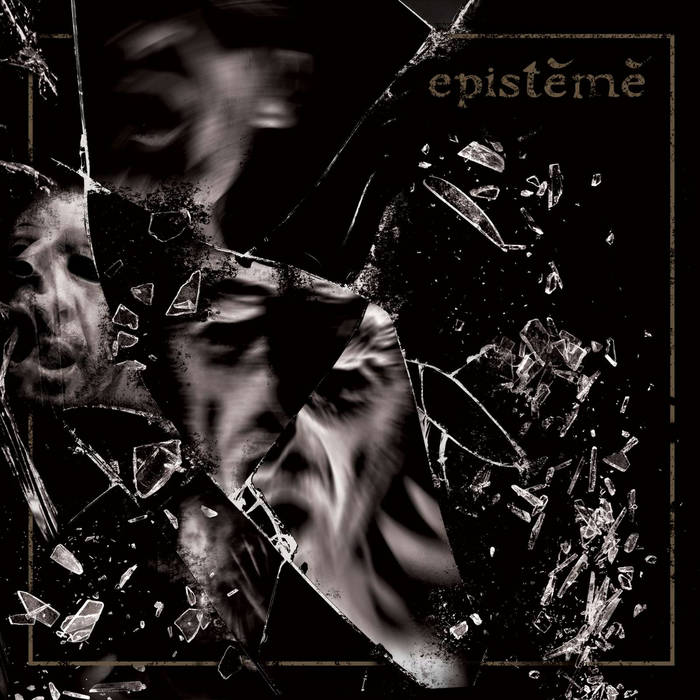 „Epistēmē“ is our second full-length album. It was recorded during January - August 2019 in sessions at various locations, including Murder Sound Studio (Sofia) for drums, Sub Zero Studio (Sofia) for vocals and Opus Magnum Studios (Belgium) for guitars/bass. The album was mixed and mastered by Déhá at Opus Magnum Studios in Belgium. The artwork was designed by Ouroboros Creative.

"Epistēmē" reviewed and featured so far in:

Dimholt was formed by Woundheir (vocals) and Asen (guitars) in 2003. The band remains a duo until 2005 but then plans change as they start looking for full-time members in order to continue. Soon after that Rumen (guitars) joins the band. A few months later Dimholt finds a full-time bass player, Yavor. In the fall of 2006 they start actual rehearsing with Stanimir who later becomes their drummer. ... more

Devouring
Death
Comes
First!
Track Name: Into Darker Serenity
Beyond the veil of reasoning and doubt
In mourning dew I stand the pit of agony
Dawn of blessed indifference raises before my eyes
Epitome of mankind’s sleepless slumber

Shall I face alone this ceaseless burden
With weary mind fading in obscurity
Among the damned, all borne by death away
My soul was captive, but refused to be slave

In the cold grip of extinction your testament laid pale
Solitary fall and noxious chants of sacred lunacy
Wounds of voiceless assent engraving the woeful stigma
Abandonment of self dissolves in mist of oblivion
Track Name: Sacrilege
At the end of a life not yet lived
Soul is searching for the new light
From the deepest abyss risen within us
Still we gaze to stars but anguish remains

Blessed by ignorance or ignored by blessing
Redemption through lies, a masterpiece of suffering
Tied in chains of venomous enlightenment
Defaced, oblivious we exist devoted to death

Wretched holiness engraves the scars of fallacy
Erosive psalms of salvation sever the minds (apart)
(We are) kneeling before divinity, remnants of (illusive) faith
(And we are) descending into the pit of abhorrent lie…
Track Name: The Martyr's Congregation
In swollen clouds cleaving the dark sky
A shadow of doubt arose,
Sharp and leaping, serenity from darkness
Eternal damnation or tormenting redemption

Deception of what is free will
Enslaving the idea of being

Existence perished in decay
Beyond the veil of unfolding madness

Cast into tenebrous void of emptiness
With ominous cries witnessing life’s decline
Floating… Nether…
Track Name: The Fall
Surrender mankind
To the lunacy of dreams
In feebleness
The shelter of faith dissolves

(The fall)
Atonement of soul through your idol’s blood
(The fall)
Downfall of hope though the spiral of dread
(The fall)
Flames of reluctance enlighten the self
(The fall)
So shall the world go on…
Track Name: The Hollow Men
In a spiral of chaotic ordeal, soreness of life prevails
Essence of hope becomes feeble, reality becomes unreal
Shattered, shapeless forms, the entropy of soul
Devoured in wholeness of vanity, spirits of the hollow men

Let them coming closer, harmed by ascending timelessness
Let them drawn in chasm, amidst the wasteland of illusion
Carrying their burden, appalling mantle of bleakness
Wrapping their hope, the hope of hollow men

We are the hollow men
Born of chaotic ordeal
Shattered, shapeless forms
Devoured in wholeness of vanity

We are the hollow men
The entropy of soul
Appalling mantle of bleakness
Shattered, shapeless forms

And our vulnerable world shall crumble
Paralyzed in baneful antrum
Track Name: Scars Of Seclusion
The breath of failure upon our face
Dressed in divine darkness
Pillars of “hope” drape ourselves
Pillars of “faith” corrode our senses

Imprisoned by words of disillusion
Pieces of shattered glass, reflection of a blinding sun
As remnants of despair we shall arise
Calling out for truth we shall arise

Scars of seclusion, wounds of instinct
Embedded in stagnant, worthless reality
They sit alone at the edge of reason
As the time of will’s collapse draws near

We raise our hands towards the starless heavens
Standing at the threshold of life’s futility
(And yet) In your scornful dogma we shall seek no shelter
Embrace the curse of your paltry creature:

BEHOLD THE BIRTH OF DOUBT!!!

Imprisoned by words of disillusion
Pieces of shattered glass, reflection of a blinding sun
As remnants of despair we shall arise
Calling out for truth we shall arise
Track Name: Reliquae
Lost in timeless frail hopes
Dazzled in the glow of feeble words
Sunk in a world formed in endless deception
Drown in vestiges of timeless desolation

Yet in streams of oppression and gloom
On the amorphous limbo between wisdom and impugn
Life-stricken, jaded and yet incessantly opposing
I shall curse the stillborn deceiving horizon

I am the remnant amongst ashes of litany
A relic beneath the leaden skies of distrust
A perpetual vortex, a soul in anguish and perdition
Discordant with axioms of creed

Yet in streams of oppression and gloom
On the amorphous limbo between wisdom and impugn
Life-stricken, jaded and yet incessantly opposing
I shall curse the stillborn deceiving horizon

Grits of revolt against crooked ideologies
They shall form the desert of their demise
They shall be the herald of a new dawn
A relic brightening the pursuit of truth
Track Name: Aletheia
With restless heart
I cast a glance
Towards a light
The light that binds

A monument of bliss, a monument of misery
Architecture of bewilderment
You who you are and yet do not exist
I summon thee, grant me light

Light of thousand suns, welcome my demise
Dissolve my sins, my fears, my pain
From dust and ash I shall arise
Dormant for lies, awaken, unburden

Bandcamp Daily  your guide to the world of Bandcamp

Guests include Kassa Overall and Muriel Grossman, plus an LP of the week by Van Hunt.